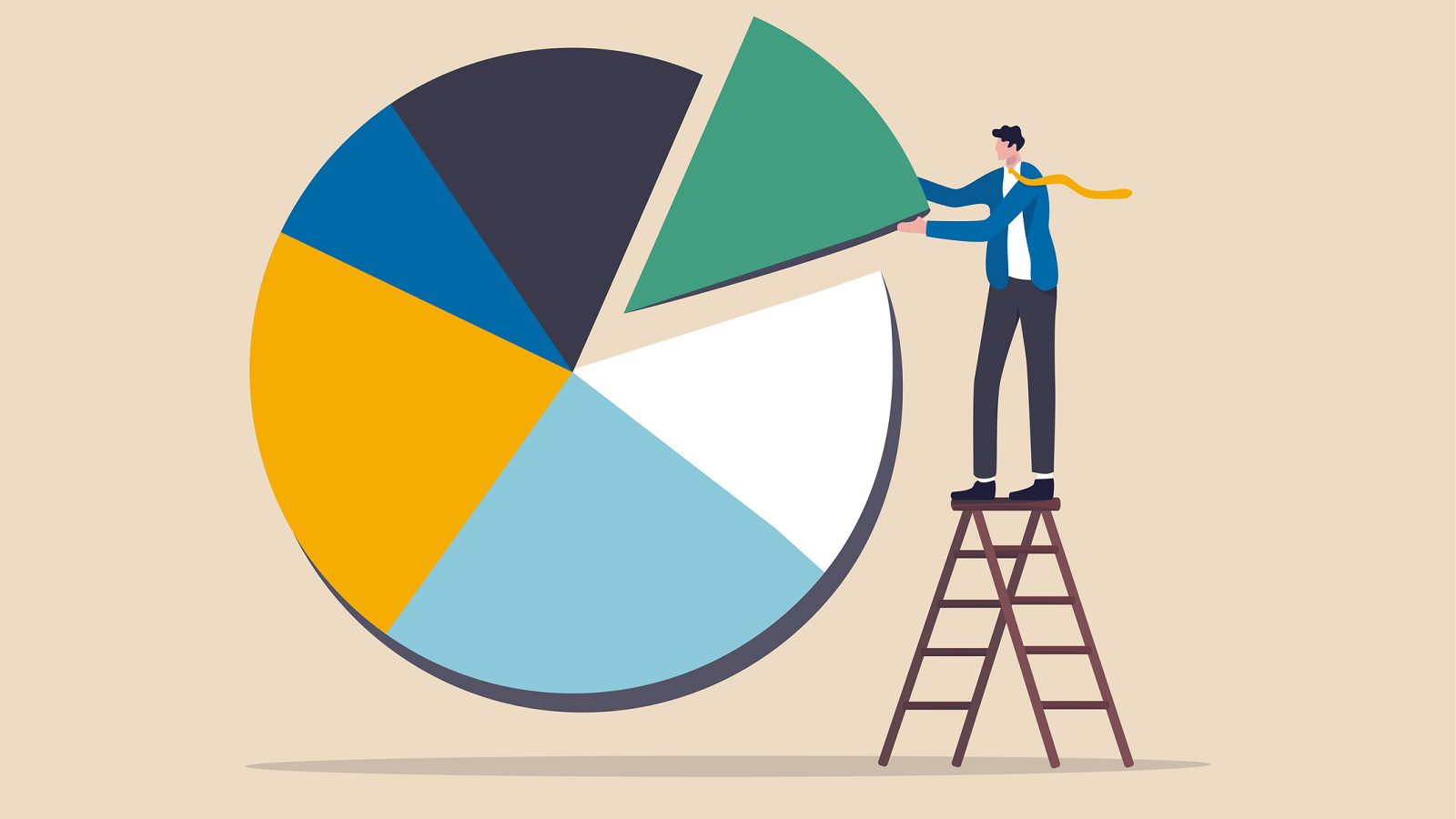 The taxation of legal cannabis sales was a greatly anticipated benefit of cannabis legalization—who doesn’t want more cash in our country’s coffers for public health or public works? Its implementation, however, has left producers starved for profits and municipalities wondering if they’ll ever get their slice of the pie.

How Do Excise Taxes Work?

An excise tax is any tax or duty that is levied on a product at the manufacturer level rather than at a store level. Customers usually don’t notice them because they are absorbed into the price, unlike sales tax. Excise taxes on cannabis, however, are some of the worst in any industry—not only on paper but because of their effects at every level of the industry.

Federally, each gram of cannabis is taxed $0.25, or 2.5% of the total dutiable amount of an order, whichever is higher. This federal tax is standard across the board, but each province is allowed to make its own rules. The flat fee is $0.75 per gram or 7.5% of the dutiable amount, however, some provinces have added additional fees. In Alberta, an additional 16.8% is levied on top of the standard 7.5%, bringing total excise tax in the province up to 26.8%, or $1 per gram plus 16.8% of the order. Manitoba, however, doesn’t charge producers—instead, they levy an annual 6% Social Responsibility Tax on retailers’ earnings.

“An excise tax is any tax or duty that is levied on a product at the manufacturer level.”

When regulations were being drafted, the federal government claimed 25% of the excise tax, up to $100 million, and gave the rest to the provinces with the intention that they would allocate it to municipalities to make up for the huge costs of implementation.

Since the intention was to share this revenue with municipalities, how much of it have they actually seen? Around $100 million.

When the agreement was enacted, Quebec, where the cannabis industry is as government-owned as possible, committed its share of the excise tax to its Cannabis Sales Revenue Fund, which is used for paying off SQDC debt, programs to fight substance abuse, and the Cannabis Prevention and Research Fund. Mayor of Gatineau Maxime Pedneaud-Jobin told CBC in 2019 that his municipality was promised $682,000 over two years from the total $60 million that Quebec set aside for municipal costs. 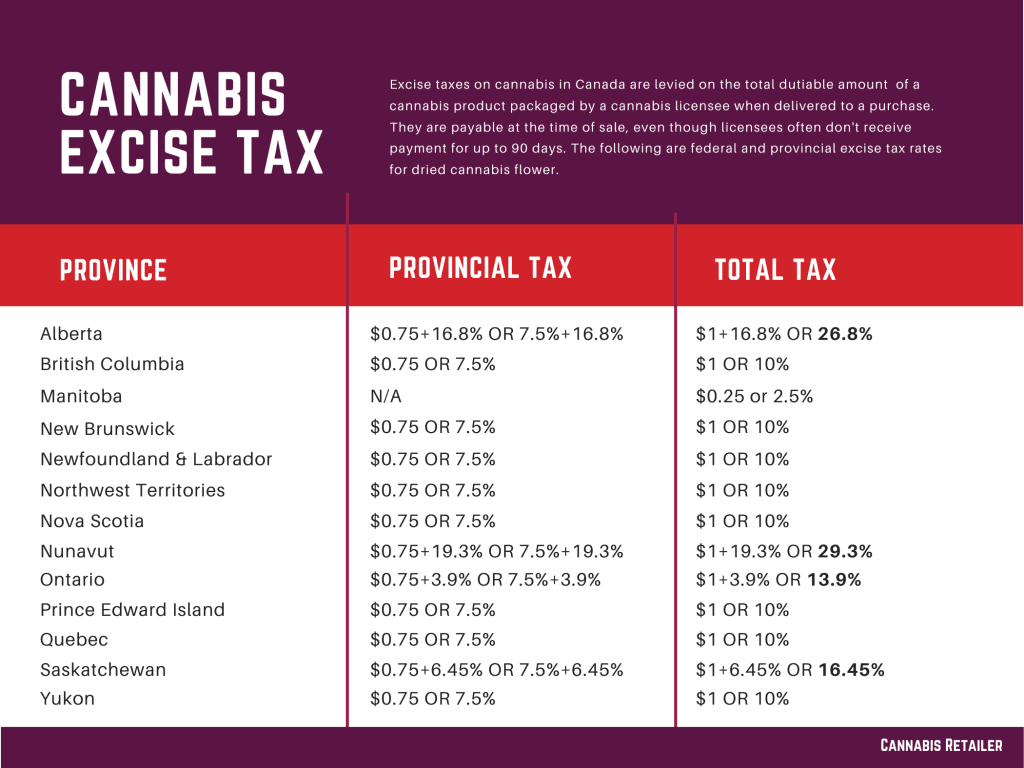 Ontario’s at-the-time-Liberal government promised $40 million per year for two years to municipalities and vowed to split any revenue that exceeded $100 million with municipalities 50-50. The incoming Conservative government honoured the agreement, and excise tax revenue is projected to be $140 million for 2020-2021.

Some sources indicate that Alberta committed $11.2 million to municipalities over two years, however, they haven’t seen any so far, despite the province’s admission in its 2021 budget that Alberta’s cannabis tax revenue continues to increase, forecasted at $100 million in 2021, $26 million higher than anticipated. Despite decreasing operational costs, it’s predicted that this year and the next will still see cannabis operations in the red (-$14 million and -$15 million, respectively).

Since the beginning, municipalities in large cannabis markets have been decrying the lack of funding from their provinces. After all, municipalities bear a large administrative burden when it comes to implementing the local infrastructure needed to support legal cannabis.

According to the Union of BC Municipalities (UBCM), 88% of local government costs regarding cannabis legalization could be broken down into four categories: municipal administration and support (17%), local government enforcement (18%), planning and zoning (19%), and policing (34%). The 34 municipalities that responded to UBCM’s survey spent a grand total of $15,229,907.58 over three years—that’s $447,938.46 each—and that’s only 44% of BC municipalities. UBCM found that each municipality would only need an average of $11 million, less than one-third of the province’s total excise revenue. On top of excise taxes, Provincial Sales Tax (PST) applies in BC as well as a 15% provincial mark-up on the landed cost of cannabis. Despite this, BC’s Finance Minister Carole James continues to say that the province hasn’t seen a profit yet.

Saskatchewan’s government is singing a similar tune. According to a report from the City of Regina from June 2021, the government received $13.5 million in excise tax revenue in 2020-21, only growing from $7.6 million in 2019-20 and $1.8 million in 2018-19. Despite being the province with the fewest fingers in the pie, preferring to just sign the license, its government claims that cannabis retail just isn’t profitable and that’s why they haven’t shared any of the revenue. The province does, however, share part of the revenue generated from PST on cannabis sales, but Saskatchewan’s PST is only 6%, compared to its excise tax rate, which commands $0.75 per gram plus 6.45% (or 13.95%).

Even if we ignore the big scoop off the top of producer profits and the hoarding of funds meant for municipalities by provinces, other aspects encourage reconsideration.

“Costs incurred by municipalities can sometimes be transferred to retailers.”

First of all, Canada may have been the first mover in the global cannabis industry, but it won’t stay that way for long. How will Canada and Canadian businesses be able to compete in a global marketplace when doing business at home is so costly? How will our home-court industry fare after smaller, craft producers are taxed out of existence?

Not only that, but these costs incurred by municipalities can sometimes be transferred to retailers. According to the City of Toronto, the province’s revenue-sharing program is the reason it doesn’t charge cannabis retailers for business licenses. On the other hand, BC’s refusal to subsidize municipalities is the reason Vancouver claims it does.

No one is arguing whether cannabis should be taxed, it clearly should, and is a source of massive potential revenue for urban and rural municipalities, but as the cost per gram falls below $4 in some cases, how can producers justify paying one-quarter to one-third in taxes, right off the top? The unfortunate truth is most won’t be able to for long.