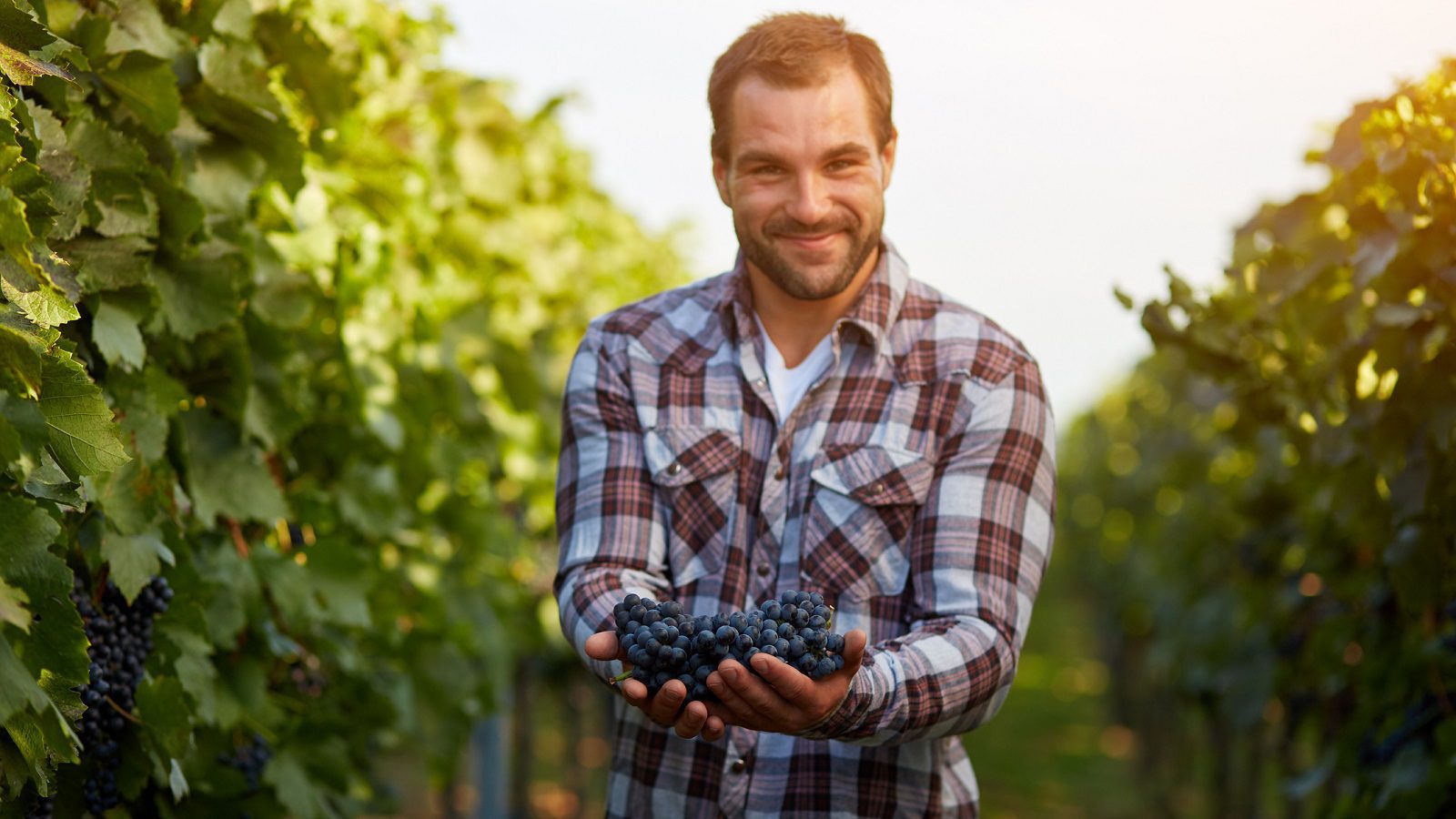 The Wine Market in Canada: An Expanding Industry

Canada, while having a developing wine industry, has remained out of the limelight of winemaking due to its harsh weather circumstances. Due to the pandemic, Canada experienced an increase in wine consumption in 2020 and 2021.

Still wines dominate the Canadian wine market in terms of both value and volume. However, places like Ontario, Nova Scotia, and British Columbia are already producing some fantastic sparkling wines using the traditional method. The sparkling wine sector is expected to increase at the quickest rate, while fortified wines from Canada are expected to be the fastest-growing category in terms of volume between 2023 and 2033.

“The sparkling wine sector is expected to increase at the quickest rate.”

According to Future Market Insights, an ESOMAR-certified market intelligence firm, the demand for fortified wine in Canada is predicted to rise owing to product premiumization. To entice customers, prominent firms are producing wines infused with cannabis in countries like Canada and several states in the United States where cannabis usage is legal.

Hence, the Canadian region is expected to show some major opportunities in its wine market during the forecast period. In this article, we will discuss how wine is being distributed across the various provinces, the challenges and opportunities faced by this sector, how the government is supporting the wine growth in the country via initiatives, and finally some important statistics related to the wine market in Canada.

Quebec, Alberta, Ontario, and British Columbia are the four provinces with the largest wine markets in Canada. They are the largest provinces in terms of wine sales, accounting for about 93% of wine market sales in Canada. In this country, the provincial governments are in charge of the import as well as distribution of wine.

Canada is a large market especially known for imported wine. The value of packaged wine imported to Canada in 2021 was around $2.47 billion. Prominent markets in Canada, such as Ontario and Quebec, operate under a government-regulated system in which alcohol is marketed through the provincial liquor boards, which are the exclusive importers and distributors of alcohol. The provincial body is the Liquor Control Board of Ontario (LCBO), and it serves as the province’s record wholesaler, importer, and major retailer of wines. The LCBO’s retail locations are by far the main distribution route in Ontario, and imported wines account for about 75% of overall LCBO wine sales.

Alcohol can be sold to end users through a variety of retail channels, including government retail, supermarket, convenience shops, as well as on-premise channels. The distribution system varies per province. For instance, British Columbia uses a hybrid system that includes government-run channels of distribution, retail outlets, along with a private retail network. 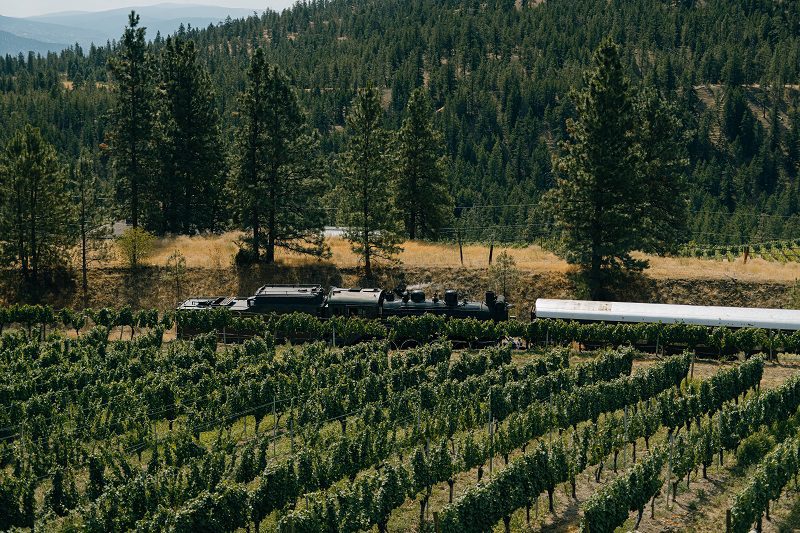 Next door, Alberta has an entirely private and open wine market. It enables many privately held stores to acquire imported items through wholesalers and importers or entirely on their own.

The table below shows the annual percentage of expenditure on wine.

In the next few years, the Canadian wine sector will undergo several changes. This shift is being driven by two primary causes. The first is climatic change, which will affect the terroir on which grapes are produced, as Canada is warming up at a rate that is more than double the world rate. The second includes mutually agreed solutions reached by Canada with the European Union, as well as Australia and Canada, to two WTO disputes involving the Canadian wine sector, which will compel Canada to eliminate regulatory systems that now support the sale and promotion of local wines. These modifications will be implemented by 2024 and will most likely raise the price of Canadian wines meant for Canadian consumers. This, together with the problems of climate change, will almost certainly bring new hurdles for the Canadian wine sector in the coming years.

These climate shifts are not favourable for the foreign wines that Canadians frequently drink. It does, however, create a fresh development potential for Canada’s wine sector, which may face significant temperature swings in the future years if the climatic change is not adequately addressed. These large temperature swings will give Canadian winemakers more freedom in the genres of wine they may produce and the types of grapes they can cultivate. For example, places like Quebec were formerly confined to cold-weather varietal grapes like Seyval and Vidal, but as temperatures increased and summers extended, winemakers are planting grapes that demand a hotter as well as longer growing season.

“Unless changes to slow climate shifts are implemented, wine growers will experience insecurity as the terroirs change.”

Unless drastic changes are implemented quickly, global temperatures will continue to increase, and catastrophic climatic disasters such as the yearly British Columbian wildfires will become increasingly prevalent. This indicates that, even if actions are taken today, global wine growers will experience insecurity as the terroirs change. By subsidizing Canadian wine production and encouraging people to buy locally, Canada is well positioned to create a larger domestic wine sector and balance higher cost imported wine. It would help not just the domestic wine sector, consumers, as well as the Canadian economy, but it would also lower the carbon impact of every glass of wine.

The wine industry in Canada provides opportunities for grape farmers as well as wine manufacturers while also contributing towards the economic stability of rural areas. In November 2022, the Department of Agriculture and Agri-Food announced an investment of up to a sum of $990,866 in Wine Growers Canada. Through focused awareness and training measures, the project will assist in improving domestic and international sales of Canadian-made wine.

The Canadian wine business includes approximately 800 winery locations across the country. This investment, funded via the AgriMarketing Program, will help Wine Growers Canada expand its markets in Europe, North America, and Asia, as well as raise awareness and confidence in Canadian-produced wines to protect, maintain and enhance market access for Canadian wine producers.

“To enhance the wine sector’s future, the Federal Government of Canada collaborated with industry partners.”

The Government of Canada recently also introduced a two-year program, up to $166 million investment in the Wine Sector Support Program to assist licensed Canadian wineries in adapting to existing and developing problems that undermine the wine industry’s financial resilience as well as its competitiveness. To enhance the wine sector’s future, the Federal Government of Canada collaborated with industry partners to create this program that would assist Canadian wineries in dealing with developing issues in the short term.

The initiative would provide financial assistance to all licensed wineries in Canada which produce or subcontract out the manufacture of bulk wine from various primary agricultural resources such as berries, grapes, other fruit, rice, dandelions, and sap. A grant will be awarded in accordance with the previous year’s output of bulk wine brewed in Canada from both domestic and/or foreign primary agricultural ingredients. Individual reimbursements will be based on the total litres of qualified wine presented to the program and the total eligible wine output of individual applicants.

Increasing access to foreign markets assists wine producers in remaining an important contributor towards the Canadian economy and developing all aspects of the value chain, starting from grape cultivation to retail sales to the tourist industry. To improve the business and maintain its competitiveness, the Canadian government will remain working with the wine industry.

Economic Impact of the Wine Sector in Canada

The Canadian wine industry greatly affects the economic stability of the country. Here are some of the key findings about the economic impact of the wine sector:

The prospects of the Canadian wine business are bright, with an increasing consumption curve as well as changing weather. The focus of wineries nowadays is on single-serve packaging, sustainability, lower-alcohol alternatives, and organic and healthier goods. Annual trade fairs and media tastings throughout the world, as well as Canadian wine associations’ involvement in these events, assist Canadian wines to access bigger markets and are advantageous to their growth.

“The prospects of the Canadian wine business are bright.”

The domestic wine business additionally compensates for the higher price of imported wines by subsidizing Canadian wine and hence encouraging people to buy locally. This has aided the Canadian economy and local wine sector in reducing the carbon impact of each glass of wine.

The LCBO implemented a lightweight glass bottle policy (where the quantity will be 750ml) in 2010, which has greatly aided in lowering environmental effects and improving staff welfare in the following decade. Finally, Canada’s aging population, greater marketing and branding strategies, more consumer knowledge, an expansion of the number of wine bars, and a rise in Canadian-produced wine in other provinces will significantly enhance the position of wine in Canada. Thus, we can expect a lot more from the wine industry in Canada in the coming years.

Nandini Roy Choudhury is Client Partner, Food & Beverages at Future Market Insights Inc. She has over seven years of management consulting experience and advises industry leaders on their biggest opportunities and challenges, putting processes and operating models in place to support their business objectives. As Lead for Food and Beverages practice, Nandini has vast expertise with food ingredients as well as nutrition and health solutions.