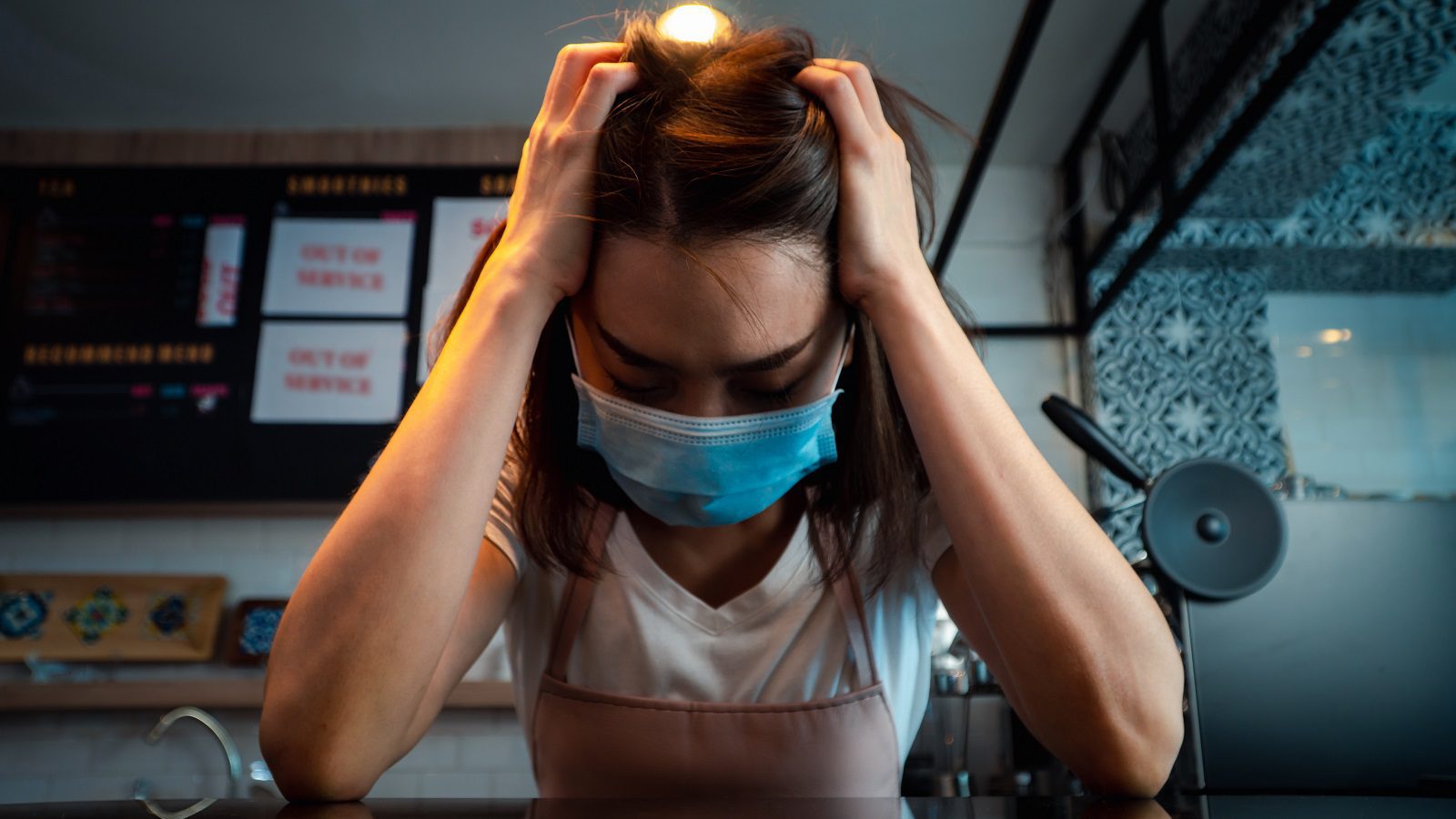 Among the challenges facing BC pubs now is an epidemic of mental health issues.

After two years of a global pandemic, pubs across BC should be well on the way to recovery. Wait, says COVID-19, hold my beer.

“For two years we’ve been looking for room to breathe and I don’t think we’re going to get it,” says Richard Matthews, the general manager of Ullr Bar in Invermere.

The situation is even getting to the normally optimistic Paul Hadfield, owner of Spinnakers in Victoria. “I’m getting to the point where I’ve had enough of this stuff,” he says. “The wear and tear on the population is starting to show. How long does one want to do this?”

January and February are traditionally slow times in the industry, but this year has been especially bleak, thanks to the Omicron variant that sidelined Christmas and New Year’s Eve. But that’s not all that’s affecting the recovery.

Not a Level Playing Field

One of the many unfair things about the pandemic is that it affects different businesses in different ways.

“My understanding from conversations with the BCRFA [BC Restaurant and Foodservices Association] is the downtown venues are just getting trashed,” says Hadfield. “It has to do with the changing nature of offices and working from home. Suburban locals are doing OK. People are sticking to their neighbourhoods.”

Pubs in downtown Vancouver, for instance, are dealing with the loss not just of office workers, but of conventions, festivals, and cruise ships. Meanwhile, across Burrard Inlet, North Vancouver’s Queen’s Cross Pub is seeing a steady stream of locals.

“Being in the neighbourhood is good because people like to go for a walk and have a pint or a cocktail and walk home,” notes general manager and operating partner Robyn Gray. Still, he notes, “Everybody is kind of timid to come out, especially the older demographic, and we’re in an older demographic neighbourhood. Beyond COVID and Omicron, there’s been huge supply chain disruption. And now we’re hearing there are going to be booze shortages, too.” 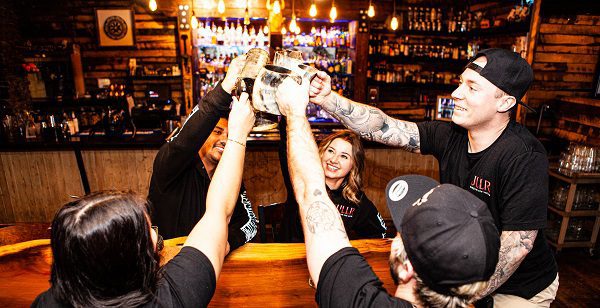 Over in Invermere, travel restrictions have taken a toll. “We’re a summer-primary place,” Matthews explains. “Summertime is king. The rest of the year we’re supported by locals and a little bit by the ski hill, Panorama.” Ullr Bar was also affected by provincial health orders that have kept nightclubs closed almost constantly since March 2020. “We’re fortunate that we have a food service licence attached to our nightclub, so we changed that to a restaurant on the fly. If we couldn’t, we would be bankrupt,” he says.

Even at Spinnakers business is down about 35% since early 2020. “People are afraid to go out. The anxiety level is very, very high and that’s complicated by a lack of access to tests,” Hadfield says. “We’re fortunate. We’re diversified and we have a lot of goodwill. I don’t understand how small operators in leased premises can make it work.”

“We worked really hard to make sure our employees were getting their bills paid.”

The biggest issue for everyone is staffing—thousands of people have left the hospitality industry for more stable, less stressful employment. That’s why Matthews will do whatever it takes to keep the people he has. “During the pandemic, we worked really hard to make sure our employees were getting their bills paid, to build camaraderie, and show people we care,” he says. “We’re a family. We’re dead in the water without them.”

Ullr Bar’s owners are also talking to realtors and developers to find affordable housing solutions. “All of a sudden we’re getting into the real estate game because if we don’t, we won’t have any employees,” Matthews states. “It’s another huge stressor for us.”

Now the industry is facing a growing epidemic of depression, anxiety, and other mental health issues. “They’re worried. They don’t know what’s going on,” Matthews says. “They need to pay the bills. They can’t go out and have fun. They have to enforce the rules. And they’re worried they’ll get sick.”

“I just stay positive, really keep the energy up and really listen to the people.”

When the pandemic began, the provincial and federal governments rolled out subsidies, grants and loans, and fast-tracked legislative changes such as temporary patio licences.

“The programs, particularly from the feds, have been enormously helpful,” Hadfield says. “But the difficulty right now is that we don’t have any clarification on what’s out there, and they don’t seem to understand the magnitude of the problem. I quite simply don’t think they understand the challenges that we are collectively facing.”

Some establishments have been unable to take advantage of the government programs and others are reluctant to do so. “If we can do it without, we should always do that first and foremost,” Matthews says, noting that the money runs out eventually and besides, some of the grants are so small they are “just a drop in the bucket” of what’s needed.

At the same time, regulatory hurdles are getting in the way of making Ullr’s temporary Asgarden patio a permanent one. The process is so costly and complicated, he’ll either have to close the patio or spend a lot of money he doesn’t have. “The regulatory board of licensing is putting us through the wringer,” Matthews says.

Hadfield feels his pain. He was one of the 50 or so industry representatives who helped define the province’s rules for re-opening in 2020. But he feels that the province is “absolutely a roadblock right now,” and needs to do more to encourage innovation and investment. “What we’ve seen in the last two years is not that. It’s been one of much more constraint,” he says.

For instance, Spinnakers’ newest retail products are trapped in the LDB’s achingly slow listing process. At the same time, Hadfield notes, there has been no postponement of statutory payments—even while the province’s new sick leave policy will cost his pub an estimated 450 additional days of labour. “I don’t think that gets factored into everything. Who’s actually paying for this? We are. Small business is.”

A Need for Community

If all this sounds like it isn’t much of a recovery at all, well, it isn’t. But there is a light at the end of the tunnel. Spring is just around the corner and, as Hadfield says, “We’ll be into longer days and people will start going out for dinner again and playing softball in the park. It all averages out in the end. We need to get back into March and things will start to get better.”

“The public house is a special thing because it’s all about community.”

Most importantly, there will always be a need for pubs. “The public house is a special thing because it’s all about community,” says Gray.

“Our community has been awesome,” Matthews adds. “They’ve supported us and backed us. We’ve had snowstorms with people sitting outside under heaters to make sure we don’t go under. We’re not going to give up. We’re a Viking bar for a reason.”